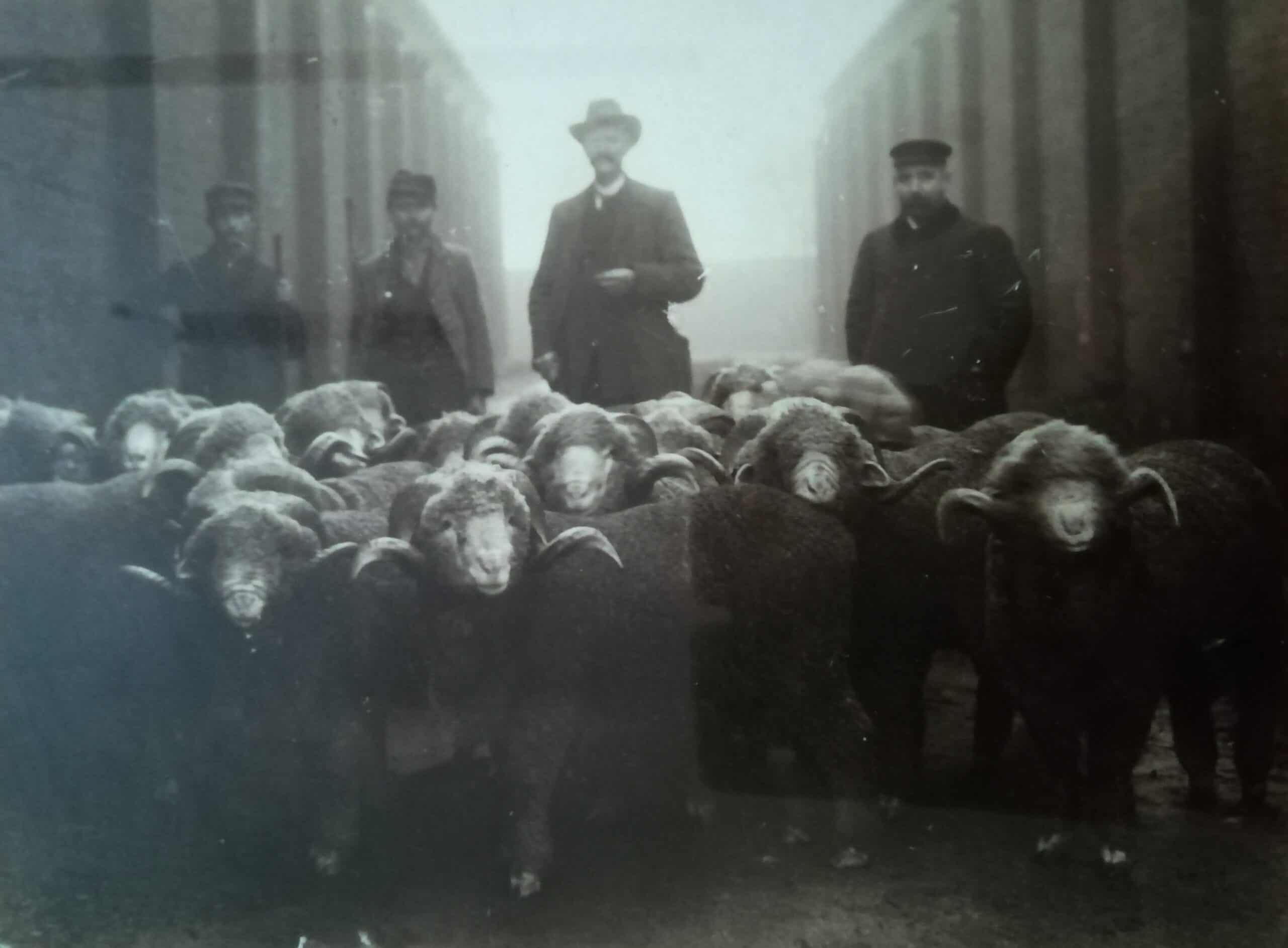 On view from this autumn

Somewhere in the French Period (1794 – 1814) a few simple farmers from Venray went to Paris with their sheep ready for slaughter to sell them there. From this adventure of a few, a trade organization arose in the 19th century that soon spanned a large part of Europe, penetrated Russia and sent merchants to the pampas of Argentina.

The initiative originated at the time in Venray in North Limburg because many sheep were kept there in the Peel. The meat of the sheep was hardly eaten in their own region, but turned out to be very popular in France. That is why the shepherds went with their flocks to the Parisian slaughterhouses. They united in a company that soon traded throughout the Netherlands and in 1846 also gained a foothold on the market of London. When the railways were later developed in Europe, their purchasing areas were extended deep into what was then Prussia and into the areas around the Danube. They explored trade opportunities in the Ukraine, iceland, Denmark and the United States. They entered the cattle and meat trade from Argentina and the export of bacon and ham from various countries of Eastern Europe, Canada and Australia.

In this exhibition we give an impression of the Peel, we tell the story of the Groote Schaapscompagnie and we also pay attention to the shepherd who walked to Paris again in the autumn of 1993 with a flock of sheep.

For this exhibition we work together with the Peel museum from America and the Loobeek foundation from Merselo. The opening will take place this autumn.