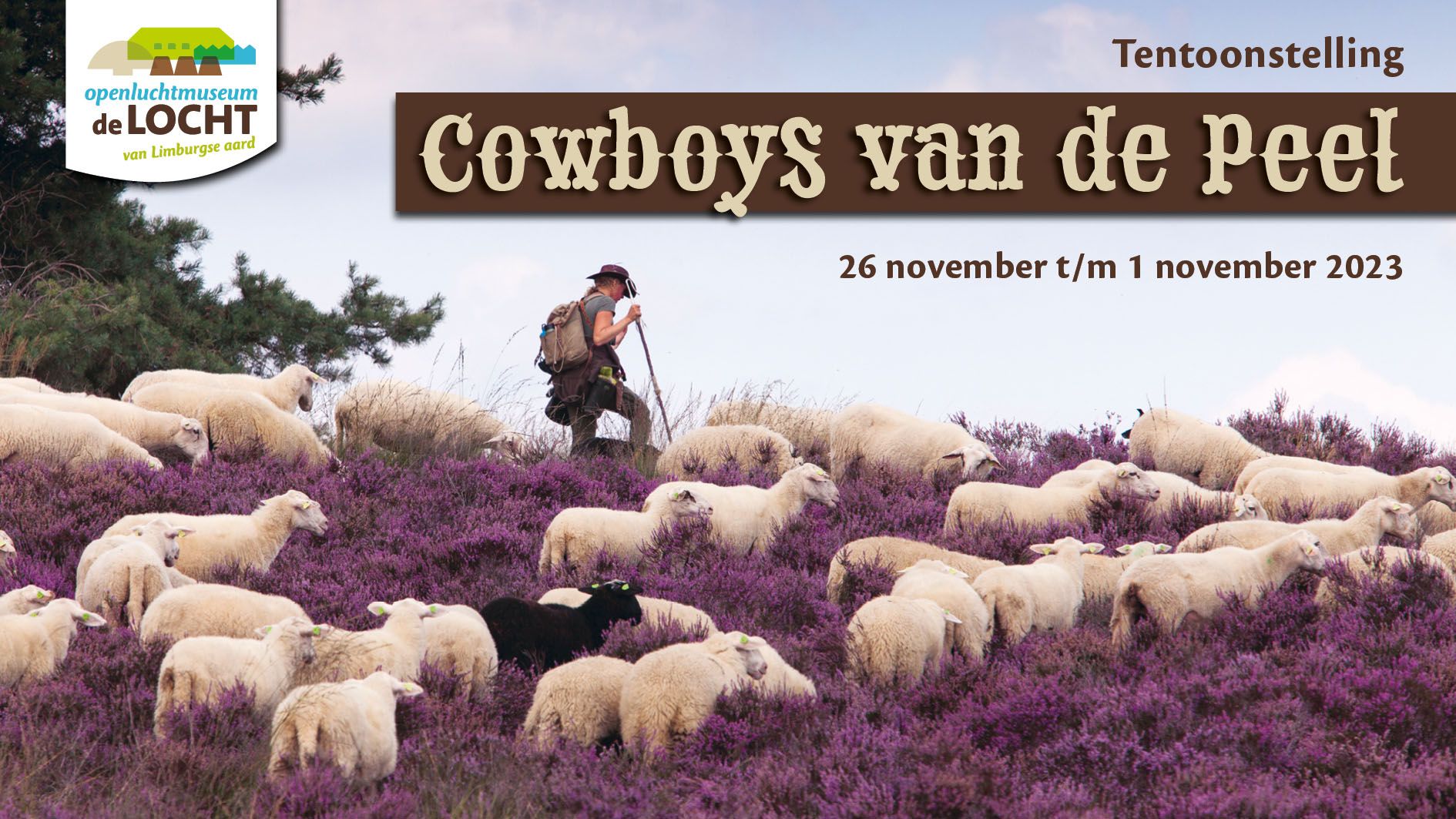 Somewhere in the French Period (1794 – 1814) a few simple farmers from Venray went to Paris with their sheep ready for slaughter to sell them there. From this adventure of a few, then in the 19th century, a trade organization arose that soon spanned a large part of Europe, penetrated Russia and sent merchants to the pampas of Argentina.

The exhibition “Cowboys of the Peel” shows what the Peel looked like and was used in the 19th and early 20th centuries. Then the story is told of the farmers from Venray and the region, who traded in sheep and formed the Groote Schaapscompagnie. They were active in our region until the beginning of the 20th century and are an exceptional example of the entrepreneurial spirit of the North Limburgers. Finally, attention is paid to the shepherd who again walked to Paris in the autumn of 1993 with a flock of sheep.

Cowboys van de Peel is a co-production of the Peel museum from America, the Loobeek foundation from Merselo and the Open Air Museum de Locht and is made possible by a contribution from the Prins Bernhard Cultuurfonds.

The exhibition can be visited from 26 November 2022 to 1 November 2023. During this period, additional activities are planned around the exhibition. Check our website and social media regularly.